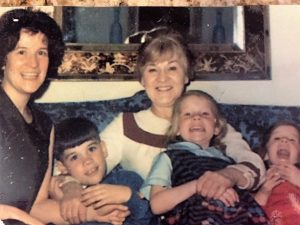 One can say so much about grand-parenting. I had interesting grandparents. My maternal grandmother was Czech and lived in Manhattan for sixty years, at least. She was born in Youngstown, OH, and somehow ended up in the big city where she lived in an apartment building a few short blocks from Greenwich Village. When I went to stay with her, which was often, her style fascinated me. She was ostentatious, I would say, but I did not know then that “all that glitters is not gold.” She had little marble statuettes, a giant mirror, a marble coffee table that is still sitting even now in my sister’s living room, chairs with damask fabric, a china closet that had a whitewash finish and what appeared to be gold leaf edging. She had been single for so long and was fiercely independent, working, traveling alone to Spain for six weeks every year, coming and going as she pleased. I remember one time when she was in the hospital being treated for cancer; she did not want to stay there, so she walked home in her nightgown and robe. She was a fascinating but somewhat perplexing woman.

What I loved about G.G, as I called her, was that she had stuff that my sisters and I did not have. One of the big things was onion dip and chips. We used to raid the onion dip, preferring spoons to the chips. She had soda, which we couldn’t afford. When we came, one at a time, to stay with her for a week or so, she took us down two blocks to vendors on 14th Street, where she would buy us clothes or toys to keep us amused. For us, the visit to the city was always filled with adventures of NY style pizza, Italian ice, subways, busses, walks to Central park that we never encountered back somewhere in Morris County, New Jersey. 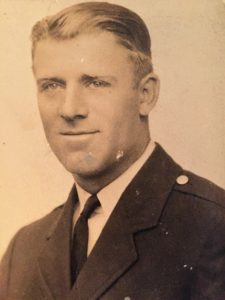 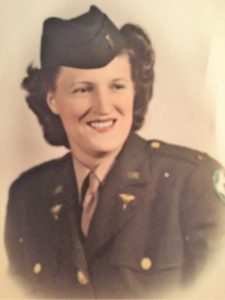 My other grandparents lived in College Point, NY near the East River. My grandfather was a cop and my grandmother was an army nurse. They lived in a lovely little home with a nice yard, and I have fond memories of going there to visit my grandparents. They were very cut and dried, both opinionated and strong willed. I always loved to go there for special occasions because my grandfather filled up the utility sink or the fridge in the basement with soda and ice. We never had soda at home, and here we found soda heaven, where we could drink as much as we wanted. The thrill of the fizz! My brother thought mixing soda flavors was the most incredible experience, and he often threw up on the way home. My grandmother had a flair for serving family dinners, using nice dishes, folded napkins, matching silverware, and perfect seating. I was in awe of her. However, my greatest fear of her was when I entered the house, she asked me, “Did you have a bowel movement today?” What? Who does that to a kid?

I now have four little grandchildren, three boys and one girl. They are so much fun, and I love them dearly. I know that I am a quirky Nana, but I hope that they will forgive the quirks as they get older, and learn to enjoy the fun times that we have roasting marshmallows around the fire, watching movies, building huge car tracks in my living room, lying on the floor in the basement racing slot cars, going to the library and reading books. Most of all, I want to be a godly Nana who can teach them that God is near them at any age and is always concerned about that.

1 thought on “Grandparents and Influence”